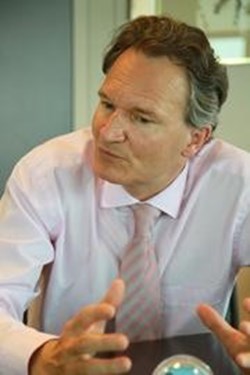 
Mr. Smits, could you please explain the problem the European Commission faces funding its contribution to the ITER Project?
First let me underline that the EU budget for 2011 has now been adopted by the European budgetary authority and includes the required funding of the EU contribution to ITER in 2011. This is a very important element since it will allow the implementation of the ITER Project as foreseen. With the 2011 budget secured there should be no concern on the immediate implementation of the ITER Project.
The problem which is not yet resolved is the need for an agreement on the budgetary origin of the EU additional funding required for ITER in 2012 and 2013. The interinstitutional agreement between the EU Council and European Parliament which is presently in force defines the multiannual financial framework until 2013 and caps the amounts devoted to major categories of spending. Unfortunately, this agreement was based on the initial estimates of the ITER cost of EUR 2.7 billion for the EU contribution during the construction period, and therefore does not allow the funding of the additional ITER needs identified during 2010. This multiannual agreement has now to be modified by the Council and the European Parliament in 2011.
What is the current situation in the European Council and the Parliament?
The EU Council and the European Parliament represent the Budgetary Authority in the EU funding system. They make their decisions jointly on the basis of proposals by the Commission. They approve the annual budgets—as they just did for 2011—and also agree on modifications to the multiannual financing framework which caps the resources available for major categories of spending.
The Commission presented in July 2010 a proposal to modify the EU multiannual financial framework to cover the additional funding of the EU contribution to ITER in 2012-2013, estimated by the Commission and F4E to be EUR 1.4 billion for the two years. In November, the EU Council reached an agreement on the budgetary origin of the funds at the level of EUR 1.3 billion. The Commission's proposal to cover the additional needs for funding ITER in 2012-2013 has been politically linked to the overall process for the adoption of the Budget for 2011 and particularly the issue of flexibility within the budget, to cater to unforeseen expenditure for emergencies, or new EU tasks in the context of the Lisbon Treaty. In the end no modification to the interinstitutional agreement was feasible before the end of 2010. As indicated above, the discussions between the institutions continue and an interinstitutional agreement should be finalized in 2011.
In parallel, the Commission will prepare for adoption early in 2011 its proposal to the Council for the Euratom Research Framework Program for 2012 and 2013. The adoption of this proposal is necessary to provide a legal basis for the funding of ITER and other elements of nuclear research in 2012 and 2013. The procedure for adoption in Council also involves the European Parliament and will take into account the discussion on the sources of funding of the additional ITER needs.
What is the path forward now?

The EU contribution to the ITER construction for 2011 has now been secured. For the additional funding needed in 2012-2013, discussions between the EU institutions continue and should be finalized in 2011.
For the long-term financing beyond 2013, the EU Council has so far acknowledged the overall cost of the EU contribution to ITER construction and has capped the EU contribution at EUR 6.6 billion for the period 2007-2020, including all the F4E costs (running costs and other activities) and the contribution of the Host state. These financing needs will be integrated in the coming discussions on the next EU financial perspectives starting in 2014.