An anthropologist at ITER 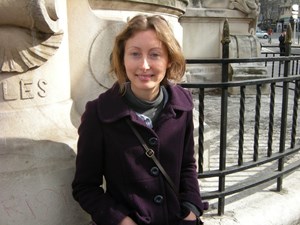 For a month and a half last fall, anthropologist Giulia Anichini observed, listened and conducted some 30 interviews with a ''representative sample'' of ITER employees.
Anthropologists study human groups—their behaviour and beliefs, and the way they relate to each other and to their environment. They try to understand what lies beyond appearances and to decipher the symbolic meaning of words and actions.


Along with historians and science philosophers, anthropologists are often present in scientific institutions. At CERN, for instance, social scientists have been routinely "embedded" in major projects for many years. The journal Nature reported on their work at the LHC last year in an article headlined "The Large Human Collider."


While it doesn't deal in particle physics, ITER also could be dubbed a "Large Human Collider": 34 nations are represented in the organization's staff, each bringing its own language, culture and work habits to the project.


The European Fusion Development Agreement (EFDA), considering that such a unique community was worth studying from an anthropologist's point of view, recently commissioned Agence Iter France and the Marseille campus of École des Hautes Études en Sciences Sociales (EHESS) to analyze the "Intercultural dimensions of the ITER scientific community."


The project appealed to Giulia Anichini, a PhD student at EHSS who had previously done anthropological work at CINaM, a nanoscience lab in Marseille, and who intended to do her doctoral dissertation on a large science project like ITER. 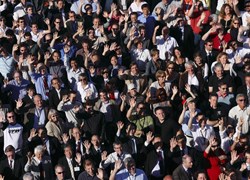 ''Beyond the rational endeavour that is 'science','' says Giulia, '' there are men and women, and when these men and women come from different cultures and traditions this has an influence on the 'scientific object' itself.''
For a month and a half last fall, Giulia observed, listened and conducted some 30 interviews with a "representative sample" of ITER employees. The community she encountered here was very different from the one she had studied at the nanoscience lab in Marseille where work revolved around a large Scanning Electron Microscope.


"What makes ITER different," she explains, "is that the community is focused on an 'object' that has no physical existence yet. A physical object to which everybody can relate, like a telescope or a particle accelerator, has a strong incidence on the lab's dynamics. It can be particularly interesting to study how scientists talk about (and sometimes talk to...) such an object."


ITER, says Giulia is a "community in the making [where] practices are not stabilized yet." The young anthropologist observed how 'informal arrangements' are agreed upon to help deal with linguistic barriers, conflicting work habits or a different perception of time.
Time, anthropoligists explain, is polychronic in some cultures and monochronic in some others. In monochronic cultures, time is perceived as a material thing and people adhere almost religiously to plans, take time commitments seriously and are accustomed to short-term relationships. In polychronic cultures, time is continuous; people change plans often and easily and they are involved with many things at once.


In ITER, as in every multicultural community, polychromic and monochromic cultures coexist—and they find ways to work together toward a common goal...
By the end of this month, Giulia will submit her report to EFDA. She acknowledges that her work, so far, has only permitted a superficial exploration of the ITER reality. What she hopes for is an opportunity to spend more time with the project's team and to dig deeper into their 'practices'.
"Beyond science and technology," she adds, "ITER appears to be a unique human experience." As such, it is well worth a PhD dissertation in anthropology.