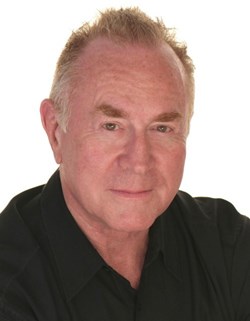 Richard Rhodes won the Pulitzer Prize in 1988 for his book ''The making of the atomic bomb.''
It's been some time since fusion research made it to the Playboy magazine. In November 1974, Pulitzer Prize-winning author Richard Rhodes—author of The Making of the Atomic Bomb and The Arsenal of Follies—published a nine-page account of the state-of-the-art in fusion research titled "God's Big Fix." "Controlled thermonuclear fusion," he wrote after performing many interviews with scientists in the East and the West, "is nearer this year to being realized in the laboratory than it has ever been."


Thirty-seven years later, we asked Richard for an update on his first encounter with fusion.


ITER Newsline: Mr. Rhodes, we feel very honoured that you agreed to conduct this interview because we know that you are a very busy man. What are you currently working on?
Richard Rhodes: You are most welcome! At the moment I am finishing a new book which will be published in November this year. It is a book about the Austrian-American actress Hedy Lamarr and her remarkable inventions. She happened to have been married to one of the leading ammunitions manufacturers in Austria and she picked up quite a bit of technical knowledge. The book, called Hedy's Folly, is quite an unusual story.


Talking about another unusual story ... what did you have to do to get a story about fusion research published in Playboy?
Oh, Playboy had a history of publishing serious articles on science and new technology. Besides, back then, they paid better than any other magazine in the United States, and probably in the world. Since writers often live from project to project, Playboy was always the place where one wanted to publish.


In those days I was basically a novelist. I published four novels between 1970 and 1980 but, as they were not very successful financially, I made my living as a magazine writer. I was very interested in technical subjects and so I proposed a whole series of articles on various technologies, thermonuclear fusion among them ... and this is how [the article] came about.


What stirred your interest enough to invest time and research in an article on fusion?


I think it came about when I was looking into nuclear—fission—power. I do remember visiting Princeton when they were building the Princeton Large Tokamak.


A key event in my life, as in so many lives, was the atomic bombings at the end of World War II. I was only eight years old in 1945, but I remember vividly being surprised, really stunned, that a couple of weapons could put an end to a war that had consumed my entire childhood. So I became interested even as a small boy in physics and began to read about it in popular publications such as Life Magazine, which in the late 1940s published a number of articles about the basics of physics, lavishly illustrated with interesting experiments. I guess I just maintained my interest in science through my childhood and young adulthood and found that it was an area that many people in magazine journalism didn't write about and so it became kind of "my little corner" of the market.

"When fusion will become a common source of electricity—when your lights and mine are burning on the fusion of a pull of gas made from ordinary water—is anyone's guess, but fusion reactors could be going up all over the land by 2010 if energy needs and the problems we've been having with fossil fuels demand them." Richard Rhodes, "God's Big Fix", Playboy magazine, November 1974.

What led you to Princeton originally?


I think it was because I was beginning research for this Playboy article and so I travelled around looking at existing machines doing fusion research and at that time the Princeton Tokamak was a very interesting machine ...


Reading your article, it is evident that you got pretty close to the heat. You describe in great detail—as an eyewitness in fact—what was going on in the US fusion labs in those days. It seems that you invested quite some time and money to get that story together?
I did, yes. Again, the nice thing about Playboy was that they had lavish expense budgets. One could really go out and travel and do the research that needed to be done to write about such things.


Those times have gone, I'm afraid. But coming back to your article ... it seems that in those days everybody thought that we were pretty close to achieving fusion power.
I am sure you have heard the joke that fusion is and will always be 40 years ahead ...


... oh yes, we've heard that "joke" ... we hear it almost every day! But now that ITER is under construction, what is your perception of fusion today? Are you still following its progress?
Not in great detail, but I certainly notice any great story appearing in The New York Times, for example, or in the journal Nature which I subscribed to. I think it is interesting to look at this promising technology in the context of the terrible consequences of nuclear fission power we have recently witnessed in Japan. [Such a disaster] is simply not possible with fusion in either of the forms it is being developed, right? If the [fusion] machines were damaged they would simply stop functioning. There would be a little bit of residual radioactivity from the machine itself ... there would even be less potential for damage beyond the system itself than there is with a coal plant, as far as I can tell. In that sense, it is a very forgiving technology. But it is a very unforgiving technology in terms of getting to the point when you actually produce energy. So yes, I am still most interested in seeing fusion coming along.


There is a physicist in Austria, an Italian whose name I cannot remember right now, who has done some interesting work projecting the introduction of various new technologies and their rise as a percentage of world energy production. He shows in several of his graphs the peak and gradually the decline of primitive forms of energy which are coal and oil. He predicts that the two sources of energy for the second half of this century will be natural gas ... and fusion. His prediction doesn't look at the technology in terms of its actual physical development, but in terms of the development of energy systems over the past several hundred years. They seem to come along when they are needed, and to reach the point of practical application when they are needed. It looks very much as if he thinks that fusion is going to be a dominant source of energy in the second half of this century.


This is exactly what the famous Russian fusion scientist Lev Artsimovich said: "Fusion will be here when society needs it." Mr. Rhodes, I thank you very much for your time. If you ever happen to come to southern France, please stop by and visit us!
That may happen soon! I have written a play about the Reykjavík Summit in 1986 between Reagan and Gorbatchev that the International Atomic Energy Agency (IAEA) in Vienna is keen to put on.


You wrote a play on the Reykjavík Summit? Why?


Well, you know I have been writing nonfiction books now for 30 years. I know the process well, and it is not challenging any more. I therefore decided a couple of years ago that I needed to try something else. And that Summit was naturally very dramatic. I mean it took place in two days in one location between two very interesting world leaders, two larger-than-life figures, who came very close to agreeing to eliminate all nuclear weapons. In fact it was Richard Perle who convinced Reagan that it wasn't a good idea ... . Anyway, there may be a production in Europe one of these days and if there is then it would be a wonderful chance to stop by.