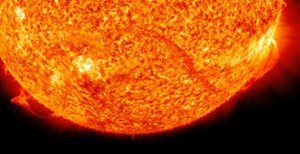 The vacuum ultra-violet (VUV) edge imaging spectrometer whose Procurement Arrangement was recently signed by ITER Director-General and the Head of the Korean Domestic Agency, is one of subsystems that, together, will monitor the ITER core, edge and divertor regions of the plasma. It is the first Procurement Arrangement to be signed for spectrometry diagnostic equipment.