"Proyecto Huemul:" the prank that started it all 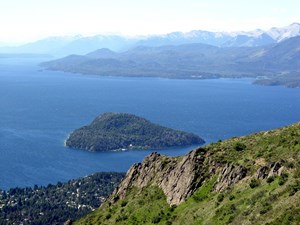 Construction of a large research facility began in 1949 on Isla Huemul, a lake island at the foot of the Andes close to the city of San Carlos de Bariloche.
In the spring of 1951, less than one decade after Enrico Fermi initiated the first self-sustained fission reaction in a stack of uranium and graphite blocks, newspapers from all over the world carried sensational news: in Argentina, thanks to a "new method" described by The New York Times as "linked to the Sun," scientists had just discovered a new way to make atom yield power.


The source of this worldwide excitement was a news conference that had been held on 24 March in Buenos Aires by Argentinian president Juan Perón. Argentina, he claimed, had successfully produced "the controlled liberation of atomic energy," not through uranium fuel, but rather through the simplest and lightest of all elements, hydrogen. The discovery, he added, was "transcendental for the future life" of his nation and would bring "a greatness which today we cannot imagine."
For the scientific world this discovery had a name: "controlled thermonuclear fusion."


How could Argentina, then a largely rural immigrant nation of barely 16 million inhabitants, have achieved what the US and the Soviet Union had not even begun contemplating? Fusing light atoms was certainly a top priority for the two nations racing to build the hydrogen bomb. But the US was still a year and a half away from detonating its first thermonuclear device—a milestone the Soviets would not achieve before August 1953.


In this context, claiming that controlled fusion had been achieved was hardly believable. And promising, as Perón did, a future where energy would be "sold in half-litre bottles, like milk," did nothing to convince the world scientific community.


Perón's claim was based on the works of an Austrian-born scientist and recent immigrant to Argentina named Ronald Richter (1909-1991). However obscure at the time, Richter had succeeded in convincing the authorities to build and fund a large fusion lab on the remote mountain lake island of Isla Huemul. There, in the Andean wilderness, Perón's "new Argentina" would demonstrate to the world that it could play in the same league as the US and the Soviet Union. 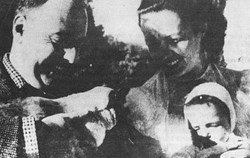 Was Ronald Richter, pictured here with his wife, daughter and cat, ''a clever impostor or a scientific nut,'' or maybe even a genius? The controversy was revived in a 2003 issue of Physics Today.
Millions of pesos were poured into the secret Proyecto Huemul (in today's euros, close to 250 million); a 40-foot high concrete bunker was built to shelter the "reactor" and in a matter of years, Richter and his small crew had their operation running. On 16 February 1951 they reported a "net positive result" for the first time: hydrogen, fed into an electric arc, had reached a temperature sufficient to produce fusion reactions, duly measured by way of a... Geiger counter.


It didn't take the international scientific community very long to dismiss the Perón-Richter claim as a total prank, the first in a long series of such unverifiable assertions and unreproducible experiments that were to punctuate the history of fusion research.


Richter was eventually jailed for having "misled" President Perón and having embarrassed him on the international scene, but the unveiling of Proyecto Huemul triggered what is now recognized as the first decisive step into serious research in controlled fusion.


Every fusion history book tells the story of how Lyman Spitzer, then a 36-year-old astrophysicist attached to the US "H" bomb program, received a phone call from his father telling him about the news from Argentina; how he pondered for days, while skiing in Aspen, Colorado, about the possibility of confining a hot plasma in a magnetic field; and how, eventually, he presented the newly formed US Atomic Energy Commission with a proposal to build a "magnetic bottle" within which the fire of the Sun and stars could be reproduced.


A little more than two years later, in the fall of 1953, Spitzer's "figure 8 stellarator" was ready for experiments, marking the true beginning of the long, arduous and often frustrating road that eventually led to ITER. 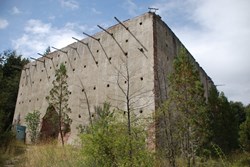 All that remains of Proyecto Huemul today is the 40-foot-high concrete bunker that housed Richter's ''reactor.''
The dust of history has long since settled on Proyecto Huemul, but the question remains as to whether Richter was a half-mad scientist or a genuine pioneer in fusion research. Quite unexpectedly, in 2003, the question found its way into the science magazine Physics Today.
The publication of an article about scientific research in Argentina in the 1950s (Jan 2003, Vol. 56, N°1), which touched on the issue of Richter and Proyecto Huemul, triggered an interesting exchange between the article's author, physicist Juan Roederer, and physicist and fusion activist Friedwardt Winterberg of the University of Nevada.
Responding to the article's affirmation that Richter was a "physicist/impostor," Winterberg argued in the "Letters to the Editor" section of the magazine that "Richter's work was not far off from what was done in the US [at the time] and [that] some of his ideas, like ion acoustic plasma heating, were new."
Roederer admitted in return that it was "difficult to determine whether Richter was a clever impostor or a scientific nut." His letter concluded with a quote from Edward Teller—a towering figure in nuclear physics if there ever was one—who had once said: "Reading one line [of Richter's] one has to think he's a genius. Reading the next line, one realizes he's crazy."


More in this Feb 2011 article from Wired magazine and in this detailed report (in German) on the Richter Experiment. For further insight into fusion's rocky history, you can also read Robin Herman's book Fusion: The Search for Endless Energy and Charles Seife's Sun in a bottle, The Strange History of Fusion and the Science of Wishful Thinking.