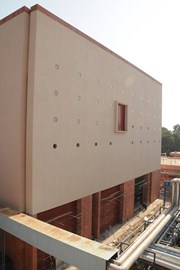 
Extensive R&D is underway to resolve the numerous technical challenges of these systems: for the heating neutral beams that are under European and Japanese procurement, the PRIMA test facility in Padua, Italy will house a full-scale prototype of ITER's heating neutral beam injector (MITICA). Here, too, the development of the ITER ion source will be advanced in the SPIDER facility with Indian participation. 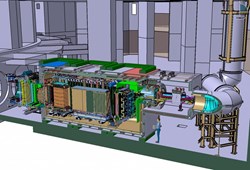 
The Indian Test Facility is a voluntary effort on neutral beam R&D. ITER India has committed to providing the 600 m² facility (plus 400 m² for the high voltage power supplies), the beam line components (neutralizer, residual ion dump, calorimeter), the vessel and auxiliary systems, while the diagnostic neutral beam source for the test bed—the ion source plus accelerator—will be provided by the ITER Organization.

The Indian Test Facility is integrated into a wider landscape of domestic research on neutral beams in India. Indian scientists and engineers have a long-standing collaboration with IPP Garching, home to the BATMAN radio-frequency negative ion source. The ROBIN source (Replica of BATMAN in India) was installed at IPR in Ahmedabad and has been an important training ground for Indian scientists and engineers. ITER India also participates in SPIDER alongside Europe and Japan by providing some hardware and operational personnel.


"It's a challenge to get the ion optics right across a large distance," explains Beatrix. "As the beam leaves the accelerator, instead of staying parallel it tends to widen. With the longest transport length of any test bed, the Indian facility will be a unique testing ground for 'far field' optics." 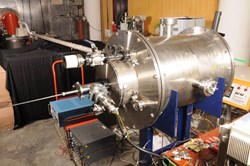 R&D work to characterize a new distributions system for cesium will benefit ITER's three neutral beams, which share the same negative ion source technology.
Engineers at the Indian Test Facility will also characterize an alternative design of a distribution system for cesium—a metal used in all negative ion sources. Based on a long distribution tube, the system would allow for cesium-oven replacement without a vacuum break in the diagnostic neutral beam system. "If we are successful, it would result in considerably less downtime for the neutral beam systems," says Arun.