Partager Tweeter
Sub-assembly tools | A Titan's big hug
A Titan's hug is a slow affair. For the sector sub-assembly tools, rotating both arms from "full open" to "full close" will require no less than four hours of near-imperceptible motion. 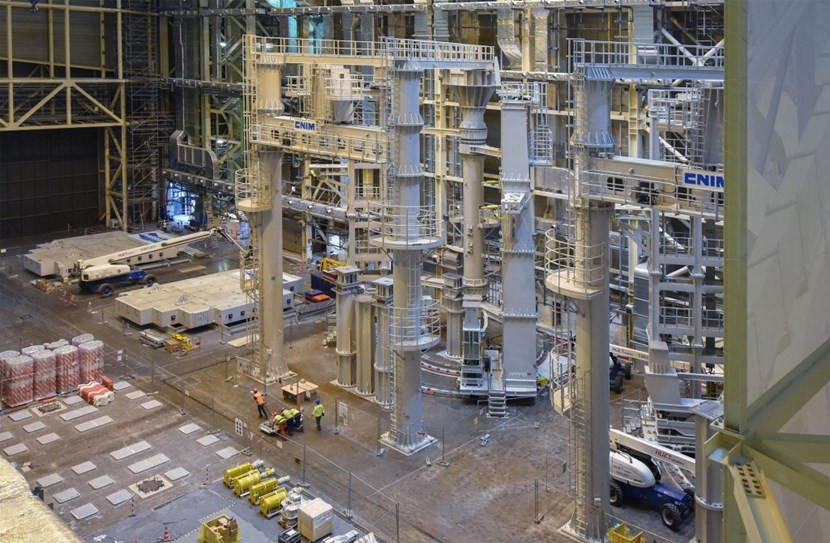 
Two 350-tonne test loads, each representing an ITER toroidal field coil, have been assembled on the floor at the entrance. Made of seven different steel-and-concrete modules, the dummies slightly exceed the weight of the actual coils but closely reproduce their centre of gravity and distribution of mass.


During the tests, the mock toroidal field loads will be mounted on the arms of the giant tools and delicately rotated inward to the point where—if they were the real components—they would be close enough to be assembled to the vacuum vessel sector positioned in the centre of the tool, as well as to thermal shield panels.


During the machine assembly phase, this "slow embrace" will be performed nine times—one for each sector of the doughnut-shaped vacuum vessel.


"The weight of the components and the very high accuracy required create very severe conditions," says Ryutaro Okugawa, the leader of the ITER Tooling & Engineering Group, which is overseeing the load test preparation. 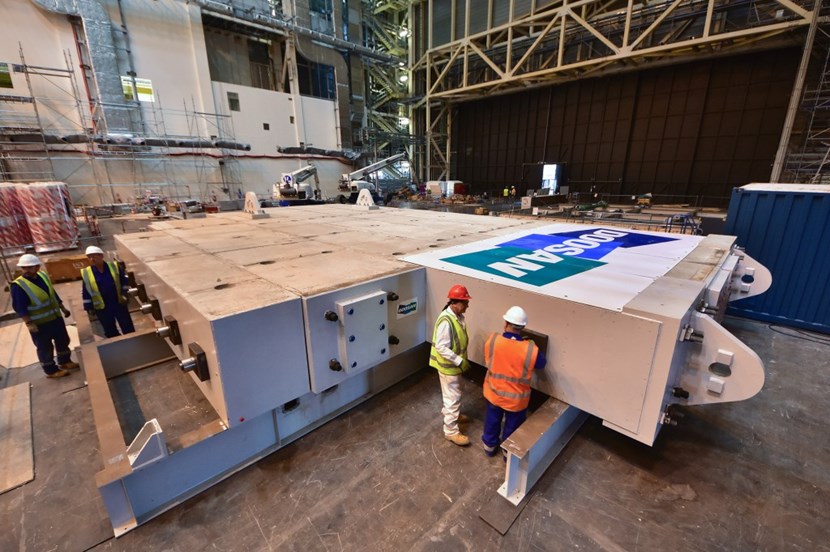 Made of seven different steel-and-concrete modules, the dummies slightly exceed the weight of the actual coil but closely reproduce their centre of gravity and distribution of mass.
First, the stiffness and rigidity of the seven-module loads needs to be confirmed. This will be achieved by lifting the dummies a few centimetres above the shop floor and measuring the stress on the tension bars—the so-called "Macalloys"—that keep the module together.


Then comes the hard part: each load will be lifted and upended using a 800-tonne mobile crane (during the actual assembly activities, a bespoke "upending tool" will be used) working in close coordination with the overhead cranes of the  Assembly Hall.


The mock loads will then be positioned with utmost precision on their dedicated supports within each tool in turn and attached to their respective upper and lower adjustment units.