Ian Chapman: "JET will be operating with tritium again in 2018"

Share Tweet
Ian Chapman: "JET will be operating with tritium again in 2018"
On 3 August 2016, Ian Chapman was appointed Chief Executive Officer of the UK Atomic Energy Authority (UKAEA), with responsibility for the UK's magnetic confinement fusion research program at the Culham Science Centre and an increasing range of high-tech activities such as robotics and materials research. After taking over from Steven Cowley on 1 October, one of his first missions led him to ITER. He took a few minutes out of his full schedule to speak with Newsline. 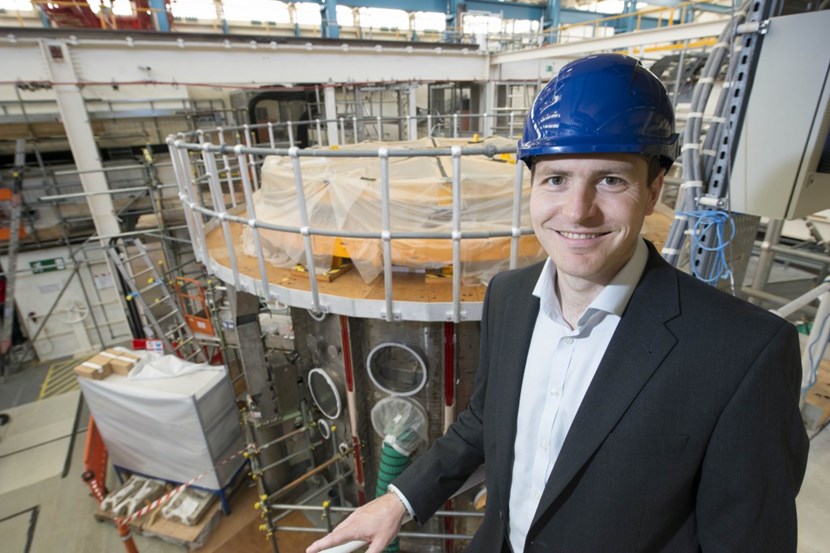 At the appointment of Professor Ian Chapman as CEO of the UK Atomic Energy Authority, the press described ''a meteoric rise within UK fusion research.'' Ian first joined the Culham Science Centre as a graduate while completing a PhD with Imperial College London, before taking on various programmatic roles including Head of Tokamak Science and Fusion Programme Manager.
Is this your first visit to ITER Headquarters?


No, but my first one in three years. And I can attest that huge progress is being made. In those days there was merely a hole in the ground with some rebar and concrete and seismic pads. On my way in this morning—we arrived just before 8:00 a.m. —I could already see cranes and workers moving around. There was a lot of activity. To see such tangible progress is very important for the morale of the fusion community.


UKAEA CEO at the age of 34 ... did this appointment come as a surprise to you?


Very much so. Governments rarely make bold decisions, but appointing me was clearly a bold decision. I think it was a conscious decision by the British Government, a demonstration of their commitment to fusion. It is a demonstration that they are thinking long term; they are thinking about putting power on the grid and actually delivering fusion power. And that is exactly what is driving me.


It is not just R&D for esoteric plasma physics—it's a focused mission, the way ahead to change the world and do something amazing. That's what drives me.


What impact will the EU referendum membership vote have for the UK fusion community?


We genuinely don't know yet. Members of the British Government are still in a mode of responding to a decision they did not expect. The government simply did not make contingency plans for the vote going the other way, so we were completely unprepared. Now, a few months on, we are still in the stage of understanding the size of the problem. But I think the situation is positive for fusion, as nuclear is high on the agenda. Our links with the broader European nuclear community pulls fusion up the agenda because civil nuclear power is important to the government.


The members of government are engaging in discussions about how to deal with the Euratom treaty, through which the UK contributes to ITER. Euratom is separate from the treaty that links the UK to the European Union, and so we are trying to communicate on the choice that we have here. We can consciously decide to remain in Euratom, or remain an associate member of Euratom.


I can't really guess what will happen in the horse-trading, but as soon as we trigger Article 50 and announce that we are leaving formally, there will then be a long period of negotiation with the European Commission. We don't know how that trading will go, but I hope that we will remain within Euratom. The entire science community in the UK, every single voice, says we are better off as part of the community. We are better off collaborating, being outward looking and engaging instead of becoming insular. This message is so consistent that I hope government will find a way to allow us to continue to participate. Not just in Euratom, but within the broader framework program. 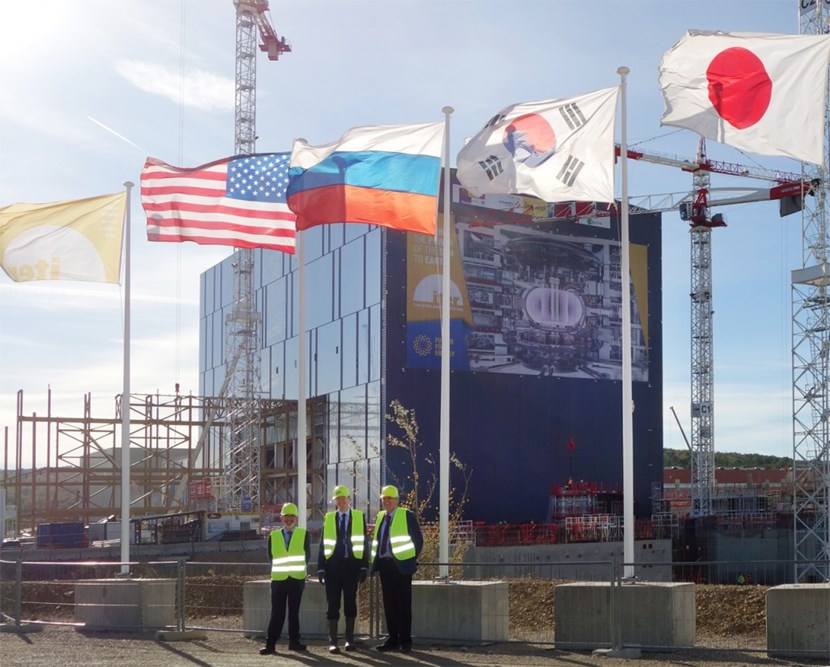 UKAEA CEO Ian Chapman (centre) visited the ITER site on 10 November with Martin Townsend, Head of Business Development at Culham Science Centre (right) and David Campbell, Director of ITER Science and Operations Department.
This is a very difficult situation for you to start with...


Over half of our turnover comes from the European Commission; this is at the front and centre of all of my staff's attention, their number one concern. We have to find a route through these troubled waters.


In the meantime, what are the near-term plans for JET?


JET will be operating with tritium again in 2018, and then operating with a deuterium-tritium mix in 2019. This will be the first D-T operation since 1997. It has been a long time since the community has operated with proper fusion fuels and genuinely produced fusion power and alpha-particles. The diagnostic and control systems are incomparable to what they were in 1997, so we have a lot more understanding of plasma dynamics and how to control the plasma. We are thus hoping to break the fusion energy records, perhaps not for fusion power, but for fusion energy over longer periods of time.


So JET remains a strong pillar of the fusion community?


Absolutely, otherwise you have this enormous gap between doing D-T in JET in 1997 and doing D-T in ITER in 2035. It is utterly essential to repeat these experiments in JET.
Do you see an increase of interest in fusion amongst students?


I can only speak on behalf of the UK, but we have an ever burgeoning interest in the field. We are oversubscribed by a factor of ten compared with the students we can take.


I read that you are also a strong proponent of communication?


Yes, as we absolutely need public engagement. What we are doing is very important. We will make a huge difference to people's lives; they need to understand that.


There are examples of successful communication. We saw for example what happened at CERN, how the LHC had similar schedule and cost problems during its construction period. But the political support didn't waiver much because they were very good in communicating with all levels of stakeholders.
So communication is a big thing in general, but it is even more critical now for ITER. It is very important that we continue to communicate very clearly with all stakeholders, from the general public up to the people who write the cheques.