Share Tweet
Time well spent in D.C.
On 22 March, Director-General Bernard Bigot once again made a 24-hour visit to Washington D.C.—a "whirlwind tour" as he prefers, with no time wasted. The occasion was a request for a briefing on ITER progress by the US House Appropriations Committee, and specifically the Subcommittee on Energy and Water Development. Fortuitously, a second briefing could be added to the calendar: the newly confirmed US Secretary of Energy, Rick Perry, graciously offered to make time for a 40-minute meeting with the Director-General to learn more about the ITER Project and the value of US participation. 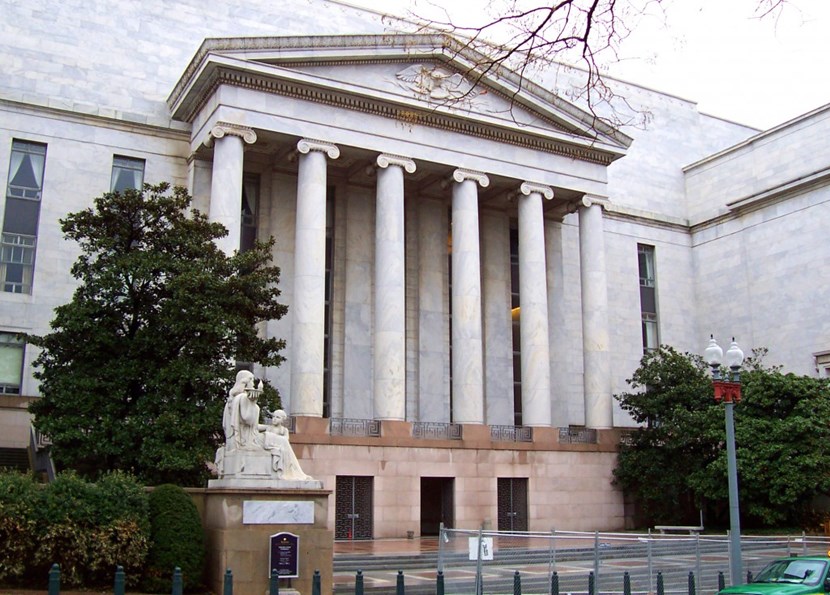 The Congressional briefing took place in a hearing room in the Rayburn House Office Building (pictured), a congressional office building for the US House of Representatives in the Capitol Hill neighbourhood of the US federal capital.
The two-hour briefing—or "closed hearing"—before the House Appropriations Subcommittee involved a panel of three: Director-General Bigot; Thom Mason, Director of Oak Ridge National Laboratory, which hosts the US ITER Domestic Agency; and Stewart Prager of the Princeton Plasma Physics Laboratory.


On the Congressional side, Chairman Mike Simpson and Ranking Member Marcy Kaptur led the questioning, with 9 of the 13 Subcommittee members present during the discussion.


From the outset, a distinct difference was apparent from Bigot's most recent interactions with Members of the US Congress less than year ago: namely, that there was broad consensus that the ITER Project was back on track, with strong congratulations to the Director-General for his central role in the project turnaround.


A large part of the discussion focused on the value of US participation in the project, viewed from different angles. Members took note that the 9 percent US share of the ITER Project, in contrast with the 45 percent borne by Europe in addition to other Member contributions, made ITER a heavily leveraged US investment, in contrast to some other multilateral arrangements.


They also noted, in particular, that the vast bulk of US spending on the project remains in the US, with roughly $900 million paid so far to US companies for procurement of high-tech components and associated positive results in the form of expanding US industrial capacity, adding high-tech jobs, and the mutual benefit of collaboration with the global fusion science community.


A number of speakers noted the trend that "Big Science" projects are increasingly undertaken as shared multinational efforts to pool intellectual resources and leverage costs. In that context, the question arose regarding the potential adverse impact a US withdrawal from ITER might have on future scientific collaborations.


Other Members asked how the US compared to other countries as potential competitors, in the sense of parallel investment in domestic fusion R&D. Given recent proposals regarding potential budget cuts to US science programs, a key question for appropriations experts was clearly how to balance the benefits of domestic programs with international collaboration.


Later the same afternoon, as planned, Director-General Bigot headed to the Department of Energy to meet with Energy Secretary Rick Perry. Secretary Perry was keen to learn more about the ITER Project, which led, in Bernard Bigot's words, to an "excellent and open discussion." Coming from 14 years as Governor of Texas, often referred to as "the world's 12th largest economy," Secretary Perry was clearly well-versed in the strategic elements of energy security, science research, infrastructure investments, and long-range planning.


The discussion was correspondingly probing and thoughtful, with many of the same points covered as with the Congressional representatives. Director-General Bigot came away feeling grateful for time well-spent, committed as always to making ITER a sound investment for the US as for all ITER partners, and looking forward to a long and fruitful collaboration.