The switch can now be flipped

Share Tweet
Transformers | The switch can now be flipped
For close to four weeks they tested all the signals, confronting the figures that appeared on their screens to in-field observations and measurements. Transmitted by the CODAC system, more than a thousand pieces of information were checked: position of the switches and circuit breakers, oil temperature in the transformers, pressure, voltages, currents, alarms... 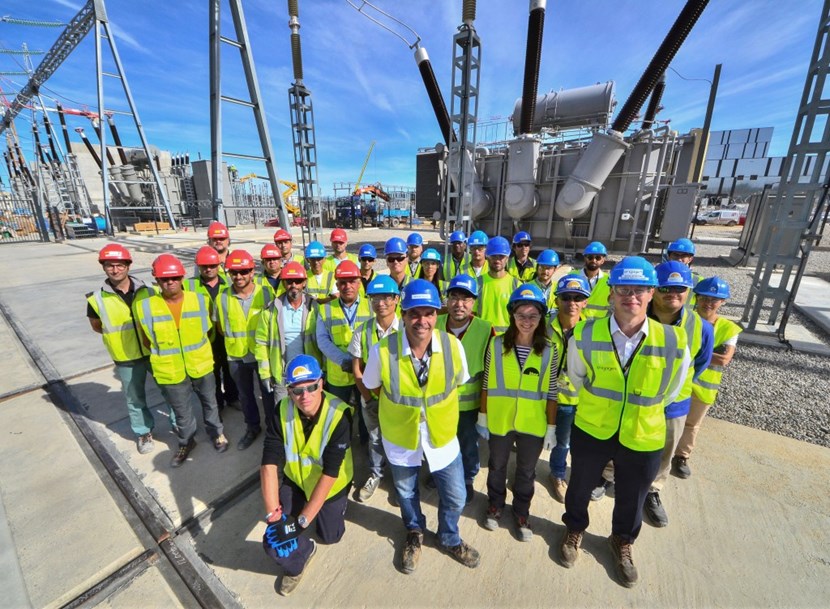 ''Electricians'' and command-control specialists from the ITER Organization; engineers and technicians from Engage, Energhia and Ferrovia;l and contractors worked under the responsibility of the European Domestic Agency Fusion for Energy (F4E) to realize this important milestone.
"We needed to be absolutely certain that there wasn't the slightest discrepancy between the information we were receiving and the actual status of the components and systems inside the switchyard and transformers," explains Joël Hourtoule, who heads the ITER Electrical Power Distribution Section.


What was at stake was the energization of the four transformers for the installation's steady-state electrical network (SSEN)—in lay terms, the connexion of ITER to the 400 kV French grid, a year-and-a half after the first test was performed in March 2017.


Procured by the US and manufactured by Hyundai in Korea, the massive 160-tonne SSEN transformers decrease the 400 kV voltage fed by the grid to the industrial standard of 22 kV.


The transformers will provide the necessary power to the installation's plant systems and buildings. (A second set of transformers, procured by China, will deliver power to the pulsed power electrical network needed for Tokamak operation.) For close to four weeks prior to energization, more than a thousand pieces of information transmitted by the CODAC system were checked: position of the switches and circuit breakers, oil temperature in the transformers, pressure, voltages, currents, alarms ...
However the full power of the SSEN transformers will not be needed before actual operations begin. In the meantime, an additional transformer will soon be installed to bring down the voltage from 22 kV to 15 kV, a level of voltage which responds to the needs of the construction worksite and buildings now1.


Working in close coordination from both sides of the switchyard, operators from the French transmission system operator RTE (Réseau de transport d'électricité) and specialists from the ITER Organization as well as the European Domestic Agency (Fusion for Energy) and its contractors successfully completed the energization of the four SSEN transformers on Tuesday 18 September.


"From the point of view of RTE we are now an 'active installation,' comparable to a steel mill in terms of electricity consumption. This milestone represents the birth of a large industrial site," says Gilles Consolo, ITER responsible officer for 400kV operations.


Now that all procedures are validated ITER can plug into the grid at the turn of a switch.


1 — For the moment, ITER is connected on a 15 kV line coming from neighbouring CEA.