Share Tweet
India | Modi praises ITER at UNESCO
In August, while on official visit to France at the invitation of President Emmanuel Macron, Prime Minister Narendra Modi of India shared his vision of cooperation in the field of energy on several occasions. At the UNESCO headquarters in Paris, he took pride in his country's participation in "the only fusion project under construction in the world." 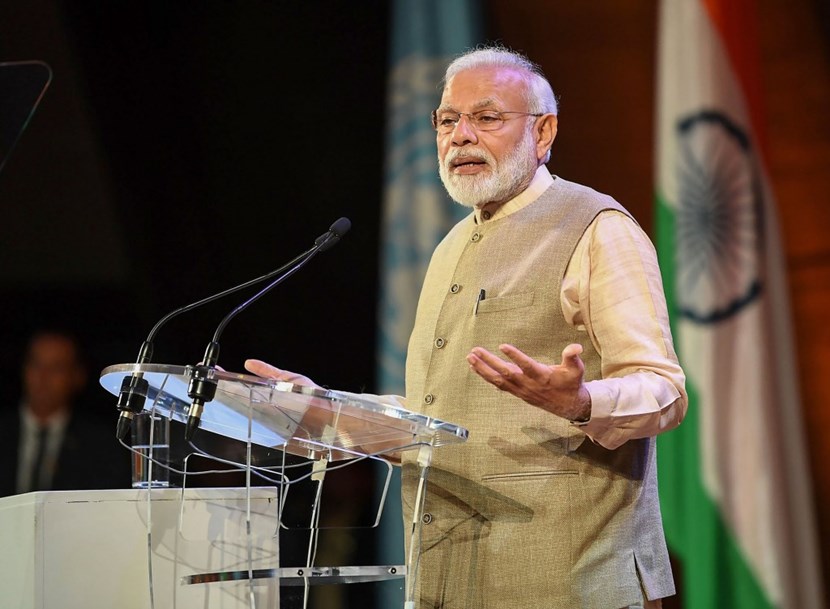 ''When fusion technology becomes available [...] this achievement will bear the mark of your contribution'', said Indian Prime Minister Narendra Modi to the expatriate Indian community gathered at UNESCO headquarters in Paris.
In conversations with the French President, in addressing the G7 Summit, and in bilateral exchanges with other heads of state or of government, he highlighted India's large-scale efforts to develop clean energy, mitigate climate change and achieve most of the COP 21 environmental goals set for 2030 in the coming 18 months.


On 23 August, Prime Minister Modi was at the UNESCO headquarters in Paris to address the Indian community in France. "Many of you," he said, "are representing India's scientific talent in France, and are involved in the signature projects of both countries in atomic energy, aerospace technologies and other high-tech areas."


ITER is one of the "signature projects" that Modi specifically highlighted: "The only fusion project under construction in the world is in France and India is part of it. A highly capable Indian team is involved in this major scientific venture, one of the most important of this century. When fusion technology becomes available, providing immense quantities of energy for future generations, this achievement will bear the mark of your contribution. Think of the pride that will be felt by every Indian!"


The expatriate Indian community has a strong relation "with the soil of India." With France, the relation is also strong but of a different nature. "It is one of hard work and dedication," said the Indian Prime Minister, "and your efforts, your successes are a matter of pride for both France and India."