Projecting into the coming decades

Share Tweet
Steve Cowley | Projecting into the coming decades
Steven Cowley, who now heads the Princeton Plasma Physics Laboratory (PPPL), gave a seminar last week at CEA-Cadarache and he had some good news regarding the spherical tokamak NSTX. 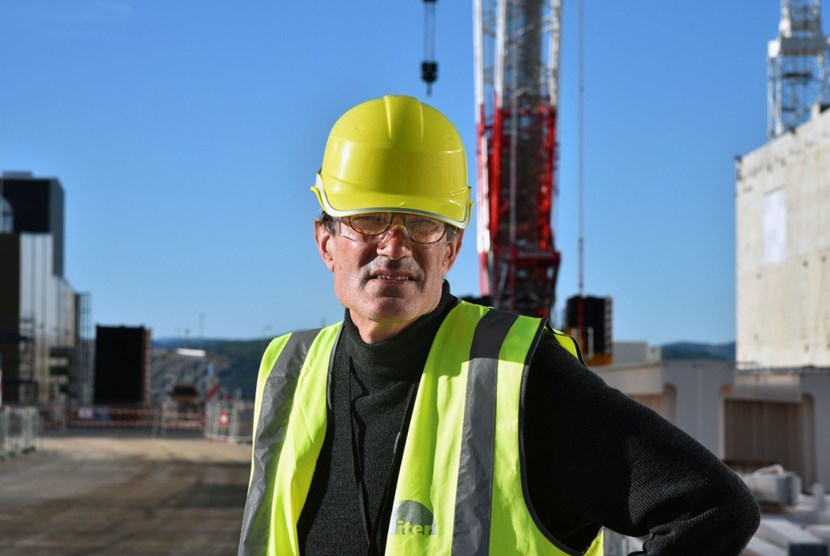 With innovations such as simplified coils, permanent magnets and toroidal field coils insulated in individual cryostats, a new breed of stellarators could play a central role in defining a future pilot power plant.
An offshoot of the conventional tokamak design, the National Spherical Torus Experiment was built in the late 1990s by PPPL in collaboration with the Oak Ridge National Laboratory, Columbia University, and the University of Washington at Seattle.


The machine produced its first plasma in February 1999 and operated until 2012. It was upgraded into NSTX-U between 2012 and 2015, gaining a more powerful toroidal field (1 T), plasma current (2 MA) and heating system. "This is not a little spherical torus anymore," said the head of engineering and operations at the time. "This machine has 10 times the capability of the original NSTX."


In 2016 however, as NSTX-U was ten weeks into operations, a dysfunction in one of its poloidal field coils brought everything to a halt.


Following the complete dismantling of the reactor and coils, a new team set to work and by last week a new baseline was finalized. "We now have an early finish date in April 2021," said Cowley to the CEA audience. "The spherical tokamak will be back around that time ..."


Cowley did not come to CEA (and to ITER following his conference) just to provide an update of Princeton's spherical tokamak, however. 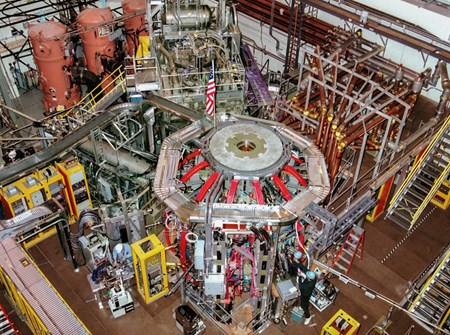 The NSTX spherical tokamak before it was upgraded to NSTX-U. The upgraded machine was ten weeks into operations when a dysfunction in one of its poloidal field coils brought everything to a halt. NSTX-U, says Steve Cowley will be back in the spring of 2021.
Titled "Pilot plans and simplifying stellarators," his presentation dwelt on the roadmapping of fusion in the US ("like EUROfusion has done successfully") and the exploration of the role that "faster and cheaper" devices—whether bigger or smaller—could play in the pursuit of a pilot plant.


In this projection into the coming decades (the US National Academy of Science is pushing for an operational pilot plant in the 2040s), a new breed of stellarators could play a central role. "Making net electricity is easier in a stellarator," explained the head of PPPL, and innovations such as simplified coils, permanent magnets and toroidal field coils insulated in individual cryostats are options worthy of consideration.


In this perspective, the experience that PPPL accumulated in designing and manufacturing parts for the Quasi Axisymmetric (QAS) National Compact Stellarator Experiment (NCSX) in the 1990s would be highly valuable. Although budgetary considerations led to a cancellation of NCSX in 2008, QAS stands as an important concept on an "uncompleted pathway to fusion"—one that new projects could tread again in the near future.