Share Tweet
Cryoline installation | Some like it cold
In the ITER Tokamak, several components need to be cooled to extremely low temperatures. Cold, sometimes as intense as in the most frigid places in the Universe, is essential to the superconducting magnets and the thermal shield, as well as to the cryopumps that achieve the high vacuum inside the machine. 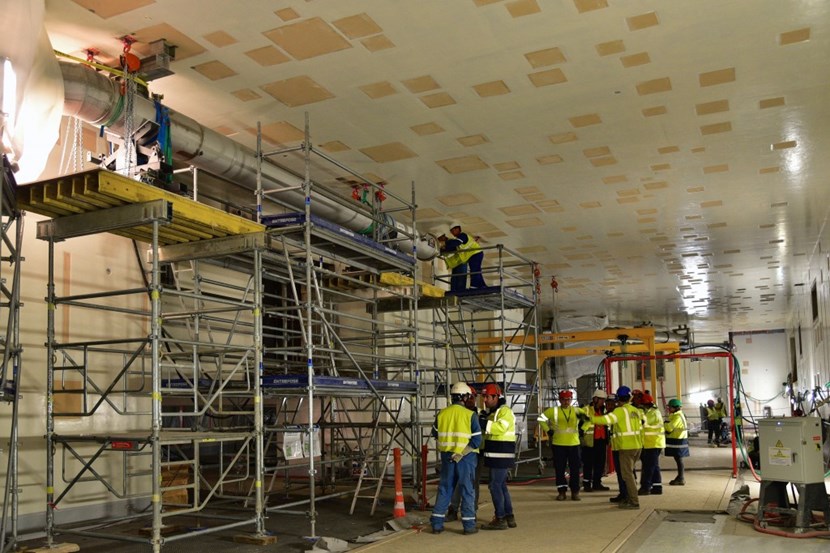 The cooling fluids produced by the cryoplant reach their ''clients'' in the ITER Tokamak by way of cryolines—high-technology components manufactured under Indian Domestic Agency contract partly in India and partly in France.
The massive quantity of cooling fluids that ITER operation requires is produced in the cryoplant, an industrial installation as high as a seven-storey building and with a footprint the size of two soccer fields. This "cold factory" ranks today as the most powerful single-platform cryoplant in the world.


Inside the cryoplant, 5,000 tonnes of equipment and machines (cold boxes, compressors, phase separators, dryers, pumps, etc.) will process helium and nitrogen in different "phases"— liquid nitrogen at 80 K (minus 193 °C) to be used as a pre-cooler in the helium liquefaction process; liquid helium at 4 K (minus 269 °C) to cool the magnets and cryopumps; and gaseous helium at 80 K for the thermal shield.


The cooling fluids produced by the cryoplant will be delivered to an array of some thirty feeders connected to the Tokamak. Before reaching the feeders however, the fluids will need to travel the distance between the cryplant and the Tokamak Building—a 300-metre journey through the insulated piping of the cryolines.


In September, the installation of the first sections of cryoline began at the lowermost level of the Tokamak Building.


From the outside, a 10-metre-long cryoline section looks like an ordinary steel pipe. It is in fact a high-technology component, ranging from 25 to 1000 millimetres in diameter and hosting up to seven inner pipes, each dedicated to carrying a different fluid.
The cryoline network is a vacuum vessel in its own right, with every inner pipe carefully and individually insulated to prevent thermal losses through convection, radiation or conduction. 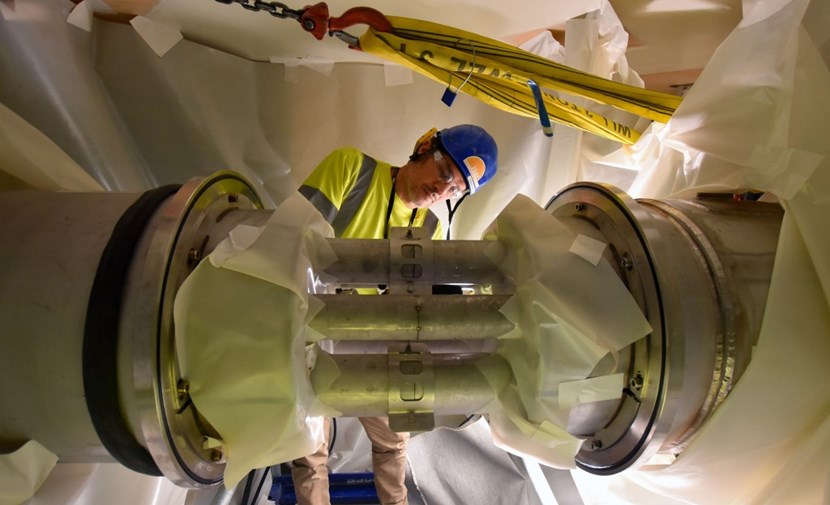 Two sections of lines are positioned and ready to be welded. Controlling the alignment is essential, and each step is carefully monitored by the ITER cryogenics project team (here cryogenic technical engineer Adrien Forgeas).
Manufactured under Indian Domestic Agency contract partly in India and partly in France, the cryolines form a 2.7-kilometre network that circles the bioshield and connects to the feeders at the lower and upper levels of the machine.


In the lowest basement level of the Tokamak Building, the first cryoline sections, weighing 1 to 3 tonnes in average, are now in place. "We have to be very careful in positioning the sections, with tolerances that do not exceed few millimetres," says David Grillot, the head of ITER Cryogenic System Section.


Once a section is positioned, each individual pipe inside must be welded, as must the external jacket and its corresponding inner thermal shield.


Welded to the embedded plates in the gallery's ceiling, the supports holding the cryolines sections need to be particularly robust. Not only do they have to carry the full weight of the cryolines, but they must also withstand the forces that will be generated when the cryolines contract under the effect of intense cold—when liquid helium at minus 269° begins to flow inside the cryolines, a 10-metre pipe will shrink in length by 3 centimetres. Although flexible bellows will absorb part of the shrinking, the effort exerted on the supports will be in the range of a dozen tonnes.


There are some 50 cryoline sections to position and weld in the gallery at the basement level of the Tokamak Building. Once they reach "cruising speed," the teams expect to be able install three sections per week. There are approximately 500 sections to install throughout the entire building ...