Share Tweet
WEST | Revamped tokamak completes 1st phase of operation
One day, in the latter half of this decade, it will be routine at ITER: dozens of operators, with eyes riveted to their individual monitors as numbers, graphs and real-time views of ongoing plasmas appear on large screens on the wall. Just like in the control room at WEST on an ordinary afternoon, some plasma shots will trigger applause and cheers, others will be greeted with a bit of disappointment. The session's pilot, or scientific coordinator, will ask the operator in charge of ion cyclotron heating to release a bit more power; a colleague tasked to monitor antenna temperature will warn that some hot spots are developing; there will be discussions, negotiations, suggestions ... Like a cheese soufflé, a good "shot" relies on a delicate combination of ingredients and, at times, a chef's inspiration. 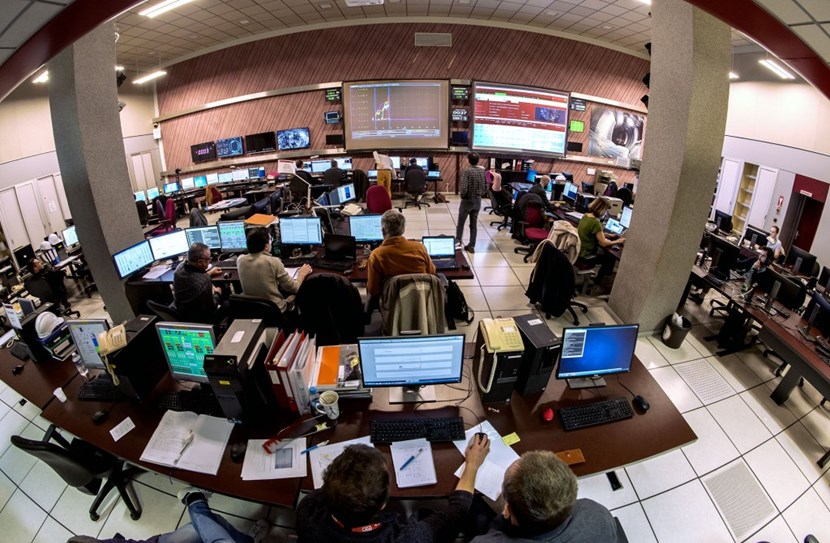 
WEST is intended to be a test bed, and a risk limiter, for its big neighbour ITER. The revamped machine produced its First Plasma three years ago and has now completed Phase I of its experimental program. "This initial phase, launched in 2017, had two main objectives, both with ITER operation in mind," explains Jérôme Bucalossi, who heads the WEST project at CEA's Institut de Recherche sur la Fusion Magnétique (IRFM). "One was to explore different scenarios for the transition to H-mode in deuterium plasmas; the other was to observe the interaction with the divertor's tungsten elements, particularly when operating in helium."


A test bed, however, is not a clone. "Of course as in all present-day devices, there are limitations," says Bucalossi. "The divertor's geometry in WEST isn't quite the same as in ITER and, at this stage, comprises only a few actively cooled plasma-facing units. Also, we don't have a beryllium wall—ours is tungsten, more in anticipation of DEMO—and our heating systems have a very strong interaction with the plasma edge." 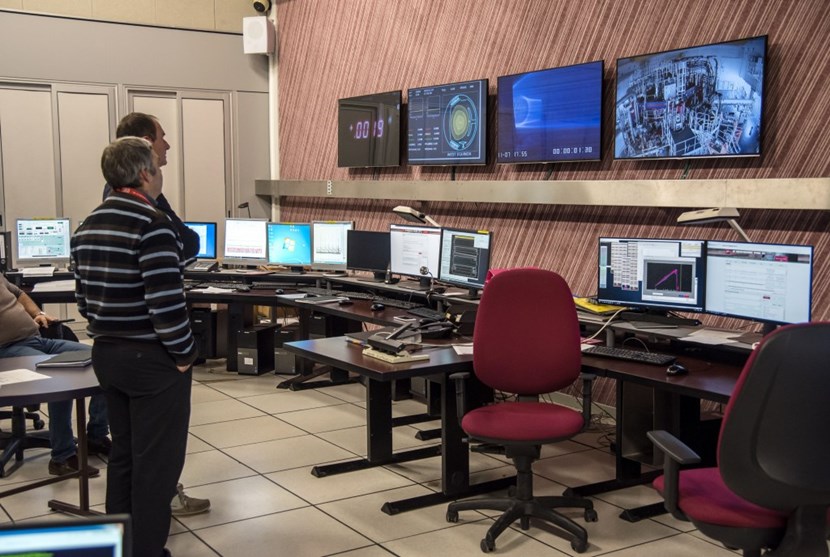 A good plasma discharge (second screen from the right) relies on a delicate combination of ingredients. This one was greeted by applause and cheers.
Whatever the differences between the two machines, the Phase I campaigns in WEST have harvested a massive amount of data. "Now we need to go through a modelling stage in order to extrapolate to ITER and prepare future experiments in WEST."


With Phase I completed, WEST will now shut down for approximately one year, the time necessary to install the full, actively cooled ITER-grade divertor. The same Chinese company that manufactured the tungsten "monoblocks" for the Chinese tokamak EAST will provide those for WEST. The first prototypes are presently under testing at CEA-Cadarache and the industrial follow-up will be supported by WEST's Chinese partners, the Institute of Plasma Physics, Chinese Academy of Sciences (ASIPP) and the Southwestern Institute of Physics (SWIP).


At that point WEST will have acquired the capabilities required for long pulse operation and will begin producing ITER-relevant plasmas of up to 1000 seconds.