The waking of the beast

Share Tweet
Electrical network | The waking of the beast
The beast had sat immobile for more than three years—no blood running in its veins, no electrical impulse shaking its nerves alive. With three long horns sticking out of its squat body, it was just waiting for the moment it would be "energized." 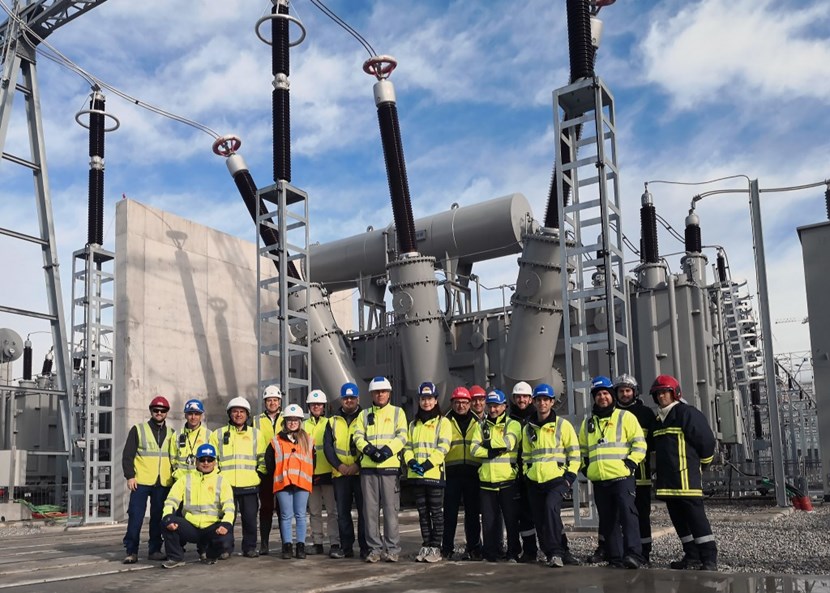 ''Energizing'' the pulsed power transformer required close collaboration between ITER specialists and their counterparts at the French power transportation authority RTE, both on site and at RTE's dispatching centre in Marseille.
The beast is one of three identical triplets—three massive electrical transformers that connect the 400 kV switchyard to the substations delivering pulsed power to various "clients" in the ITER installation. Procured by China and installed by Europe, weighing close to 500 tonnes and towering 15 metres above ground, they are the largest electrical components of the project.


Not only will they supply the AC-DC converters that feed electricity to the Tokamak's magnetic and heating systems, they will also provide the necessary ultra-short, ultra-powerful impulse required to initiate every plasma shot—the equivalent, for a fraction of a second, of the electrical consumption of a mid-size town.


On the morning of Tuesday 26 November, it was time to wake up the first of the triplets. The connection of such a powerful transformer to the grid, or "energization," is a delicate operation that requires close collaboration between "electricians" and control-command specialists at ITER, and operators at the French power transportation authority RTE (Réseau de Transport d'Électricité) in their dispatching centre in Marseille.


"The transformer's energization is the last step in the validation process of not only the component itself but also of its interface with the French grid," explains Joël Hourtoule, head of ITER's Electrical Power Distribution Section. "For RTE, the pulse-power transformer is a new client and, at 300 MW, a very powerful one. Allowing it into the grid requires rigorous procedures and a whole set of precautions."


One by one, for more than a month, hundreds of sensors, activators, electro-mechanical devices and protective systems were tested. 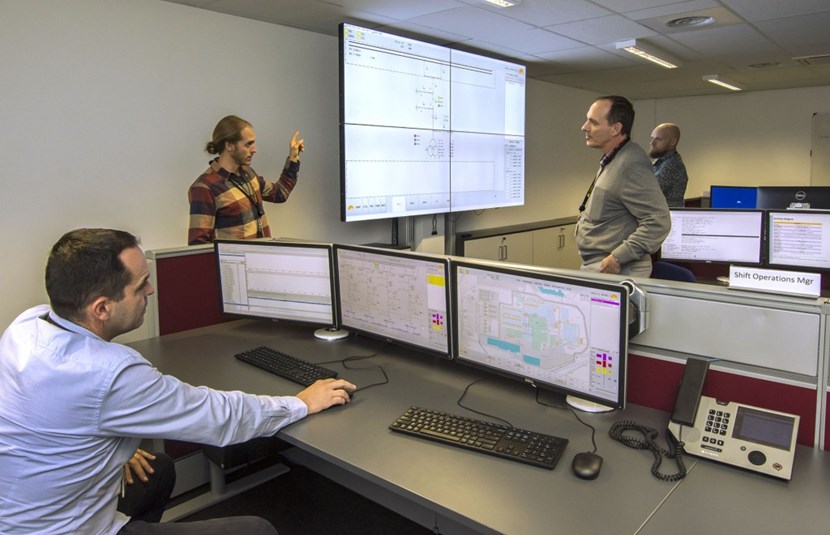 Information on the transformer and connection status was relayed in real time to the temporary control room, a vast, nondescript office space located on the second floor of ITER Headquarters. From left to right: Joël Hourtoule (Section Leader, Electrical Power Distribution), Alvaro Bustos (control system technician), Tim Luce (Head of the Science & Operations Department), and Bertrand Bauvir (Section Leader for Central Control Integration).
By Tuesday morning, the beast was ready to be awakened. In the temporary ITER control room (a vast, nondescript office space where computers already monitor the installation's operational systems), as well as in a building on the ITER platform close to the transformer and at the RTE dispatching centre 80 kilometres away in Marseille, signals and status diagrams flashed on the screens.


With a click of a mouse, the ITER operators requested pantographs, mechanical switches and circuit breakers to move into place; in the RTE dispatching centre, operators were carrying out similar actions.


Clanging and electrical noises were heard in the switchyard as 400 kV current from the grid began flowing into the transformer's windings. The beast purred with pleasure—it had not felt power since undergoing factory acceptance tests in China in the early months of 2016.


The transformer remained on line for approximately one hour, the time required for complete and successful validation. In about one year, it will be connected to the platform's 66 kV and 22 kV substations for a series of tests. In the meantime, the transformer's two siblings will have been energized and tested. Taken together, three mighty triplets from China groomed to light the star in the ITER Tokamak.