Share Tweet
Top management | Nalinish Nagaich, Head of Corporate
For the past six decades, Nalinish Nagaich and the Indian nuclear power program have followed a parallel timeline: Nalinish, who was recently appointed Head of the ITER Corporate Domain, was born in 1959 when India completed the definition of its nuclear road map for the second half of the century, and he began working as a nuclear engineer when India faced the immense challenge of developing its own "indigenous reactor" in the early 1980s
. 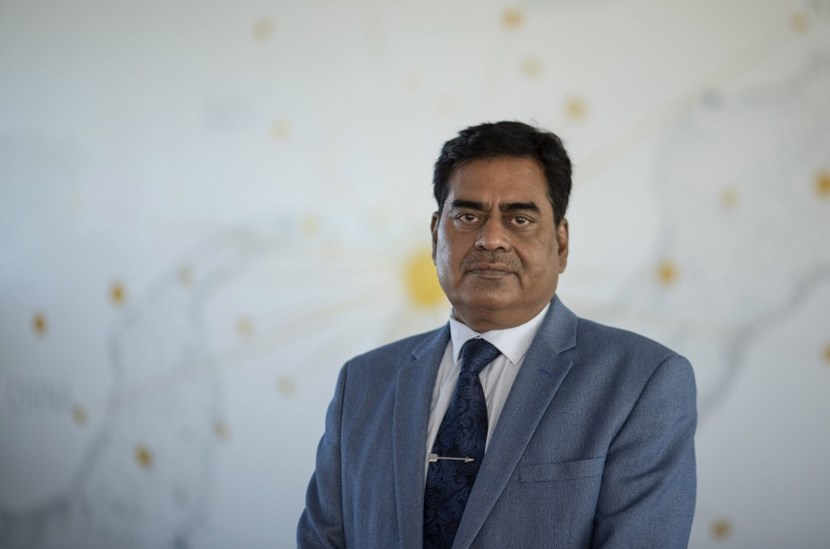 ''ITER is a lot like India, says Nalinish Nagaich, who was recently appointed Head of the ITER Corporate Domain. ''Both are multicultural societies that achieve unity through diversity.''
Nalinish defines himself as "a nuclear professional who moved from one functional area to another" throughout the whole of his career in India's nuclear establishment.


A young chemical engineer at the Rajasthan Atomic Power Station (a CANDU reactor) in 1981, he quickly rose through the ranks, playing an important role in the construction, commissioning and operation of another plant at Narora in Uttar Pradesh, before going back to the Rajasthan site to lead training and technical services in the early 2000s and moving, in the following decades, to high-level corporate functions at the Nuclear Power Corporation of India Ltd (NPCIL).


"I was fortunate to work in many different fields, both technical and managerial, and I guess it has made me 'compatible' with people and new environments." The career of this engineer-turned-technocrat culminated in 2015 with a position as director of human resources, corporate planning and corporate communication—the "number two" job at NPCIL.


And then came ITER. "I've always had a passion for working in frontier technology. Forty years ago, the frontier was fission and I've explored it with passion. Today, it is fusion, with its formidable intellectual and technological challenges."


But more than competencies, the new Head of the ITER Corporate Domain brings to his present position an approach and a philosophy. "I believe in learning, even when the learning curve is quite steep. And for a fission man in a fusion environment, it certainly is."


The fission man however instantly "felt at home" when he passed the gates of ITER. "I was elated," he confides. "Of course I had seen photos, but being here, in this first-of-a-kind fusion facility... to see it with my own eyes, to watch the cryostat base travel through the assembly and crane halls... These are visions you only have in your dreams."


Nalinish's portfolio at ITER is a particularly large one, as he oversees human resources, finance, procurement and contracts, information technology, and project control. But he is confident that his journey from fission to fusion will be a rich, exciting and intellectually rewarding one. "In a way, ITER is a lot like India. Both are multicultural societies that achieve unity through diversity. And this is a tremendous asset."