In search of the green plasma

Partager Tweeter
In search of the green plasma
Sébastien König's core competence is in planning and scheduling; his passion is in understanding the workings of the Universe. In his previous life, before joining ITER in 2013, he worked for large projects all over the world—aluminium smelters, hydroelectric power dam construction, iron ore mining, and a host of other ventures that require painstaking computing and the integration of thousands of different parameters. 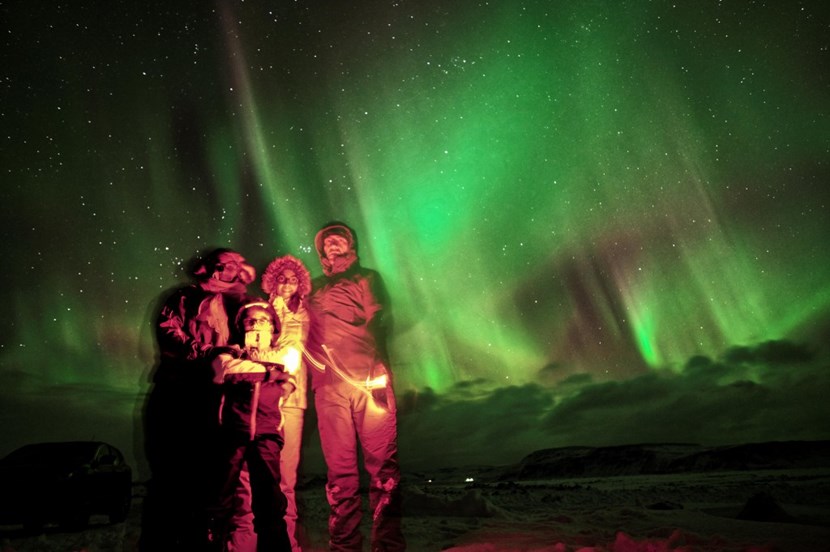 Sébastien and his family in Iceland, under the thin, luminescent drapes of Iceland's Northern Lights—''an incredibly moving experience...''
All the while he kept observing the sky, tracking the passage of the International Space Station from his backyard, vacationing in Namibia with his wife and children to visit the HESS gamma ray observatory, or joining a group of amateur astronomers for a tour of the major US and European observatories in the Chilean Andes.


His latest family expedition, in February, took him to Iceland in search of the green plasmas of aurora borealis. The experience was a perfect demonstration of how careful planning and thorough contingency management can lead to the one of most intense of celestial experiences.


"I planned this trip like I plan for a project," says Sébastien, "first selecting the opportunity window that matched the moonless nights during the northern lights season from October to March to the kids' school vacations; then making hotel reservations that, depending on weather conditions, I could cancel at the last minute without penalty."


Most important perhaps were the two applications that Sébastien relied on—one from the Icelandic weather service that precisely maps the position and altitude of clouds, the other from the national road service that gives real-time information on the state of roadways.


Armed with his tools and information, Sébastien was able to treat his family to unforgettable visions. "It's like a stage show, almost choreography. Thin luminescent drapes seem to slowly fall from the sky, barely moving; then you see them dance with what appears to be sudden euphoria. It's something that reaches very deep inside."


In the gallery below, you will get a sense of what the green plasma experience feels like.