An intense and unforgettable experience

Partager Tweeter
Open Doors Day | An intense and unforgettable experience
Saturday was Jacques's birthday. At age 90, the long-retired engineer from Aix-en-Provence had only one item on his wish list: to visit ITER for a third time and "see the progress of the Tokamak." Jacques was lucky: his birthday this year coincided with the 14th edition of the ITER Open Doors Day—a twice-a-year opportunity for the public to take the full measure of the ongoing works on the ITER construction site in Saint-Paul-lez-Durance, southern France. 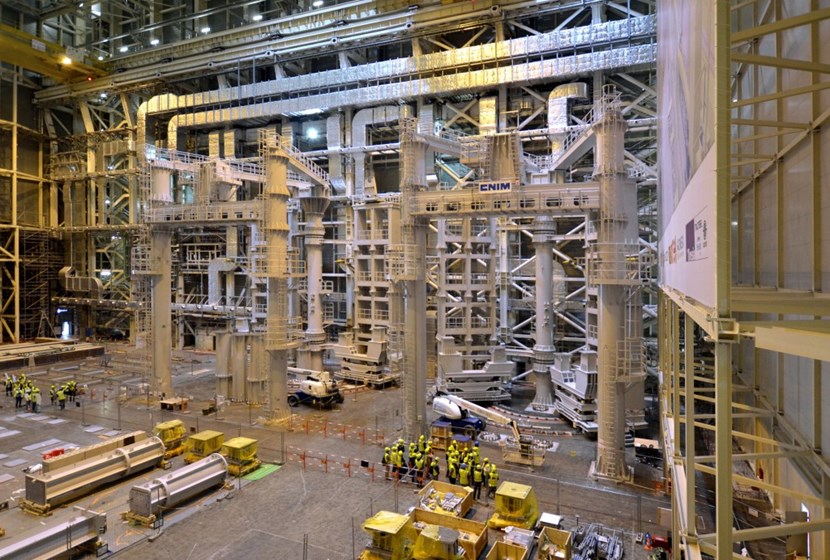 Dwarfed by the twin Titans in the Assembly Hall, or awed by the view of the Tokamak Pit, the 800 participants to the 14th edition of the ITER Open Doors Day were treated to an intense and unforgettable experience.
The Open Doors Day has come a long way since the event's inception in October 2011. The first edition had little to show: a "near-finished" Poloidal Field Coils Winding Facility, a "forest of pylons" in the electrical switchyard, and a 17-metre-deep excavation where installation work had just begun on the anti-seismic system of the Tokamak Complex.


Eight-and-a-half years later, the ITER installation is a massive presence. More than 70 percent of civil work to First Plasma has been completed, spectacular assembly tools are in place, and giant components are taking shape on site.


For the 800 visitors who passed through the worksite gates on Saturday, the experience was intense and unforgettable. As they walked from the Cryostat Workshop, where the base section of the cryostat is in the last stages of fabrication ... past the lower cylinder (now cocooned on site) ... through the lofty Assembly Hall ... and finally into the depths of the Tokamak Complex, they were able to take the full measure of ITER in both its scientific and industrial dimensions.


The success of an Open Doors Day rests on faultless organization¹, the dedication of dozens of volunteers, and a collective enthusiasm for explaining and sharing what ITER is about. All these pre-requisites and more were fulfilled by the participants in the 14th edition on 18 May.


Scientists traded the complex equations of plasma physics they are familiar with for simple and concrete explanations and examples accessible to the lay public; engineers discarded their technical jargon to convey the challenges of ITER construction.


For everyone involved the reward was in the eyes of the children exploring a 3D rendition of the ITER machine, or in the eyes of their parents gasping at the sheer size of the sub-assembly tools and the unique strangeness of the Tokamak Pit.