Japan and Europe complete the assembly of JT-60SA

Partager Tweeter
Fusion world | Japan and Europe complete the assembly of JT-60SA
The JT-60SA fusion experiment in Naka, Japan, is designed to explore advanced plasma physics in support of the operation of ITER and next-phase devices. After seven years of assembly, the project—financed and executed jointly by Europe and Japan—is ready for commissioning. 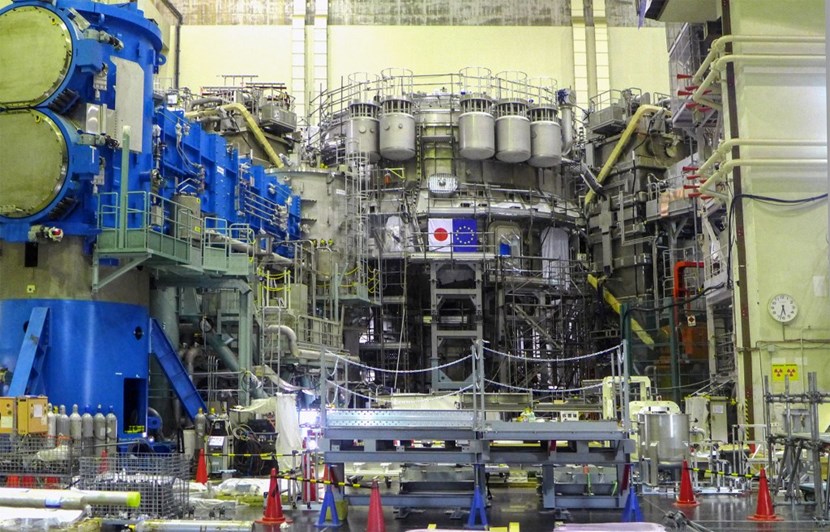 The last task of main body assembly—the installation of the cryostat lid—was completed in March. Integrated commissioning—a series of functional tests (vacuum pumping, magnet cool down ...) and machine operation with plasmas (including the device's first plasma)—is planned toward the end of the year.
In autumn 2020, five years before ITER is scheduled to begin operating, an upgraded tokamak experiment in Japan will celebrate its First Plasma. Like ITER, it is a magnetic confinement fusion device, with a tokamak about half the size of ITER's.


JT-60SA (for "Super Advanced") is part of the Broader Approach¹, a joint program of fusion research and development agreed and co-financed by the European Atomic Energy Community (Euratom) and the government of Japan (represented by its Ministry of Education, Culture, Sports, Science and Technology, MEXT).


The upgraded device replaces a tokamak experiment that operated at the Naka Fusion Institute from 1985 to 2008 (first as JT-60, then as JT-60U), and re-uses the site buildings, the neutral beam heating apparatus, and some power supplies and auxiliaries. All core machine components—including vacuum vessel, superconducting magnets, and surrounding cryostat—were re-designed and procured by the implementing teams, the National Institutes for Quantum and Radiological Science and Technology (QST, Japan) and European Domestic Agency for ITER, Fusion for Energy.


A satellite in support of ITER

Source: www.jt60sa.org (The Project/Relation to ITER).
JT-60SA is a fully superconducting tokamak capable of confining high-temperature deuterium plasmas for 100-second pulses, with a plasma current up to ~5.5 MA, a large amount of power available for plasma heating and current drive, and a water-cooled divertor designed for heat fluxes of 15 MW/m². It will be able to operate a wide range of plasma shapes (elongations and triangularities) and aspect ratios. With a plasma volume of ~130 m³, the device will take the lead as the world's largest operating tokamak ... until the operation of ITER, that is.


Its specific parameters will allow the team based in Naka to conduct research on key physics issues for ITER and the next-phase DEMO such as the development of optimized operational regimes; questions of stability and control, transport and confinement, and high-energy particle behaviour; pedestal and edge physics; plasma-material interaction; fusion engineering; and theoretical models and simulation codes.


Even before then, however, the experience of assembling, installing, commissioning and starting up JT-60SA will be highly valuable for the ITER Organization. Thanks to a trilateral arrangement signed in November 2019 between the ITER Organization and the Broader Approach implementing agencies, the ITER Project will benefit from the knowledge and experience acquired by the development of the Broader Approach projects, and in particular JT-60SA. The trilateral arrangement foresees the exchange of data and information; the exchange of scientists, engineers and other technical experts; the exchange of equipment, materials and instrumentation; and jointly performed experimentation, including remote participation. 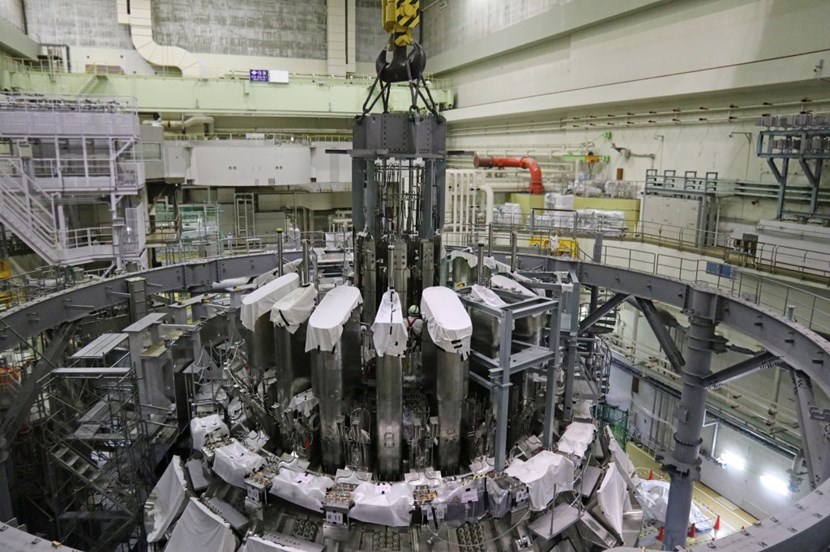 It took seven years to assemble the device (2013-2020). Component procurement was shared, with Europe contributing the toroidal field coils, high temperature superconductor current leads, the cryostat, the cryoplant, and part of the power supplies, and Japan contributing the poloidal field coils, the vacuum vessel and in-vessel components, basic power supplies, thermal shields, cryostat port extensions, assembly, disassembly and remote handling tools.
After the positioning of the cryostat top lid in March—the final task of main body assembly—ITER Director-General Bernard Bigot sent these words of congratulations: "Warmest congratulations to the team's successful completion of the JT-60SA tokamak. It is indeed a magnificent demonstration of QST capacity and of the collaboration established by Europe and Japan, to complete this critical milestone on time. We look forward to the first plasma on JT-60SA this autumn."

Integrated commissioning—a series of functional tests (vacuum pumping, magnet cool down ...) and machine operation with plasmas (including the device's first plasma)—is planned toward the end of the year.