Four years from prototypes to series

Share Tweet
Divertor cassette bodies | Four years from prototypes to series
Hell is a balmy place when compared to the environment of a divertor cassette body. In the vicinity of this ITER component, heat loads will be comparable to those at the surface of the Sun, and radiation will be almost as intense as in the neighbourhood of a neutron star. Cassette bodies will also have to resist the huge mechanical forces that will be exerted for a few tens of milliseconds in the event of a severe plasma disruption. Rarely—even in the space or nuclear industries—has a component posed so many fabrication challenges. 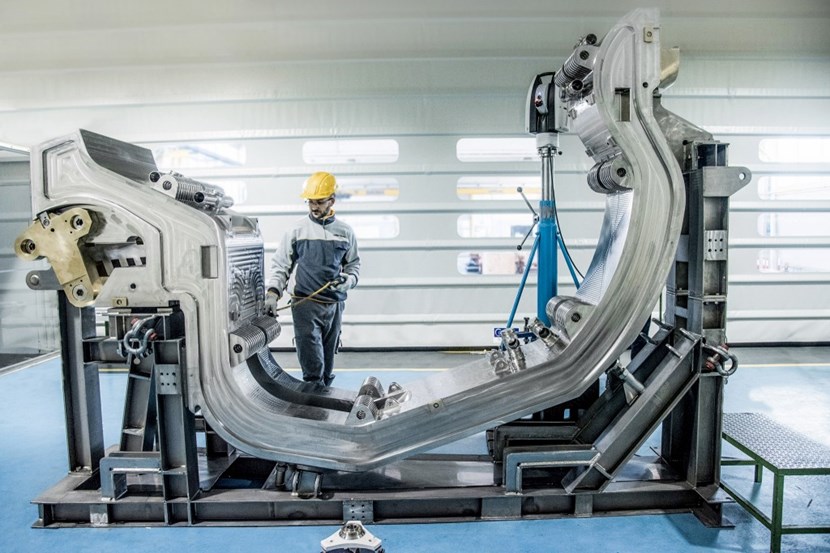 Series fabrication for a first batch of 19 cassette bodies (out of a total of 54 plus spares) has been split between the Italian company Walter Tosto (15 units) and the Italian-French consortium CNIM-SIMIC (4 units). Pictured is the Walter Tosto prototype, finalized in May 2018. © Walter Tosto
From its strategic position at the bottom of the vacuum vessel, the ITER divertor is the component that will extract the heat and the helium ash from the burning plasma. The divertor is made up of 54 individual "cassette assemblies" arranged in a circle—each one formed from a structural backbone (the cassette body), actively cooled plasma-facing elements (the "targets" and the "dome"), and diagnostic systems.


Cassette bodies are massive and contorted structures that weigh close to 5 tonnes. Prototype manufacturing began in 2013 under two contracts awarded by the European Domestic Agency, Fusion for Energy; five years later the Italian company Walter Tosto and the Italian-French consortium CNIM-SIMIC had each finalized a real-size, fully functional prototype, opening the way for series production to begin.


Under fabrication contracts signed in November last year with Fusion for Energy for the first 19 divertor cassette bodies, Walter Tosto will manufacture 15 cassette bodies and CNIM-SIMIC another 4—all for delivery by 2024. The order for the remaining 39 cassettes (including 4 spares) will be awarded at a later stage, as the divertor is not needed for the initial stages of ITER operation.


"Going from prototype to series manufacturing is a highly symbolic and rather moving moment for us," says Frédéric Escourbiac, ITER Divertor Section leader. "It is the culmination of seven years of hard work on detailed design development and on the demonstration of manufacturing feasibility. These actions were particularly demanding in terms of collaborative efforts with Fusion for Energy and their industrial partners."


"Series," however, does not mean "uniform": the 19 cassette bodies in the first production batch are of the "standard" type. The remaining 39 will present some added complexity, such as specific cooling for diagnostic systems or operational instrumentation, or specialized "cut-outs" for open lines of sight for neutron cameras. 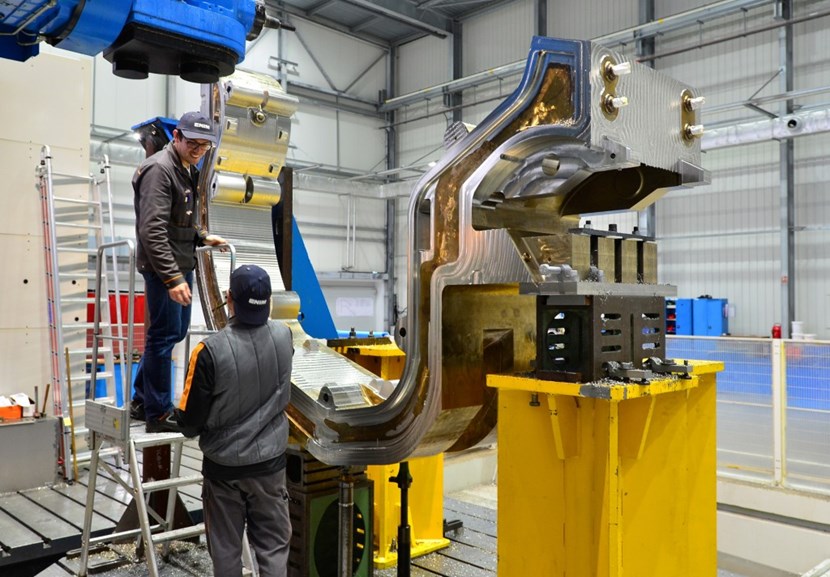 The CNIM prototype in March 2017, eighteen months into the ''rough machining'' phase: twenty-five tonnes of high-grade steel are being slowly transformed into a lean, four-tonne ITER component.
"At ITER, we are used to dealing with systems that do not fit in the typical categories of industrial equipment," explains Laurent Ferrand, the ITER Technical Responsible Officer for the cassette bodies Procurement Arrangement. "When you first look at the technical specifications, what you see is a massive, complex stainless steel structure with lots of welds and very stringent welding and inspection requirements. But of course, it's much more than that ..."


Tolerances on the cassette bodies are sub-millimetric, which is quite standard for ITER but a huge challenge for such a massive component with moving parts. Leak-tightness is an even bigger challenge: "The prototypes were leak-tested at dedicated satellite facilities in Cannes, France, and Pisa, Italy. The engineers there were quite impressed by the 'ITER leak-tight' requirements—our criteria for a component like a cassette body are several orders of magnitude tighter than those for a satellite's fuel tank, for example."


Despite these considerable constraints and difficulties, Walter Tosto and CNIM-SIMIC took up the challenge, worked their way faultlessly through the prototyping phase, and produced fully functional components. The (numerous) lessons learned will be of great value for the series manufacturing phase.


Plasma-facing components and auxiliary systems will eventually be attached to the cassette body to form an 8-tonne cassette assembly that will be positioned within tenth-of-millimetre tolerances in order to be perfectly aligned with the machine's magnetic axis.


As minute variances during the manufacturing process and assembly of the vacuum vessel are inevitable, the positioning of the cassette assemblies, and hence of the whole divertor, will need to "recover" these slight departures from nominal dimensions and positions—a feat that will be achieved by custom machining the rail sections to which the cassette assemblies will be attached as well as all the interfacing elements between the divertor and the vacuum vessel structure.