The series is complete

Partager Tweeter
The series is complete
It all began under Emperor Napoleon III, at the peak of the European industrial revolution when coal, steel and the spirit of conquest ruled the world. In La Seyne-sur-Mer, some 65 kilometres east of Marseille, France, a forge-and-shipyard was busy turning out steam boilers and hulls for cruisers and battleships. 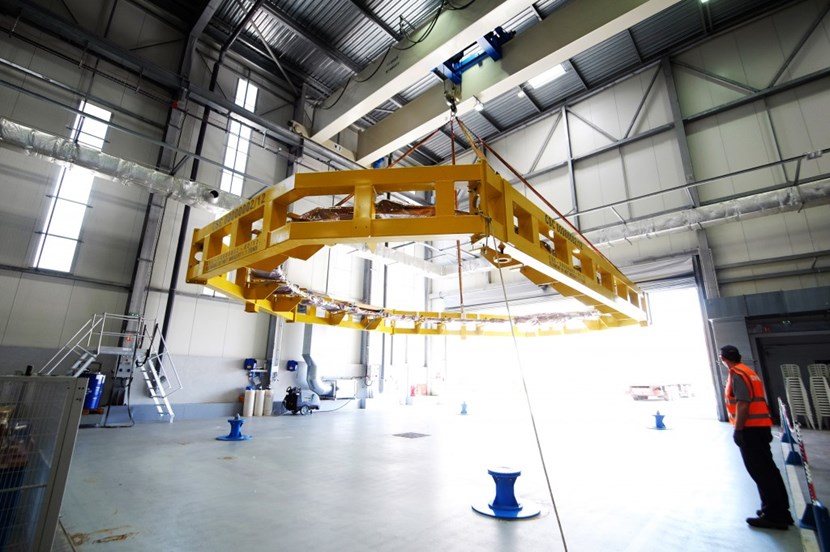 A forge-and-shipyard founded in 1856 at the peak of the European industrial revolution has morphed into a world-spanning industrial group strongly involved in ITER fabrication. On 23 May, it celebrated the completion and subsequent shipping of the last of 35 radial plates for the ITER toroidal field coils. © CNIM
A century and a half has passed, yet the company founded in 1856 is still active: the local forge-and-shipyard—now called CNIM—has morphed into a world-spanning industrial group with activities ranging from waste treatment to the design and manufacturing of large industrial systems.


Coal has waned, but working with steel, welding and the machining of large and complex components has remained at the core of the company's expertise.


The D-shaped radial plates for the ITER toroidal field coils definitely fit into the category of "large and complex components"—they are big (8.5 x 15 metres), heavy (between 5.5 and 9.7 tonnes) and the machining of their grooves, into which 450 metres of superconducting cable-in-conduit is later inserted, is a highly delicate operation that requires submillimetre precision.


In 2009, CNIM signed a contract with the European Domestic Agency to produce a real-size radial plate prototype. Three years later, as part of a consortium with the Italian SIMIC, it was awarded a EUR 160 million contract for series fabrication—a total of 70 radial plates (1) to be shared equally between the two companies.


Last week on 23 May, the last of the 35 CNIM-produced radial plates left La Seyne-sur-Mer for the ASG Superconductors SpA facility in La Spezia, Italy, where the jacketed cable will be inserted into the plate's groves.


CNIM managers and personnel, representatives from the ITER Organization, the European Domestic Agency and SIMIC had gathered in the company's large hall to celebrate the culmination of a five-year effort.


"Programs like this one are great accelerators of innovation," said Philippe Lazare, the CEO of CNIM's Industrial Systems Division. "We've been constantly 'flirting' with technological boundaries," confirmed Jean-Claude Cercassi, the Development Director for the ITER program.