A potent illustration of the "One ITER" spirit

Partager Tweeter
Power conversion | A potent illustration of the "One ITER" spirit
Europe made the buildings; the piping came from India; China and Korea provided the transformers; Russia manufactured the massive "busbar" network. The ITER Organization, along with the Korean Domestic Agency for its own procurement, has begun assembling all these different components into the plant system that will convert electrical current into power that can be distributed to the ITER magnets. 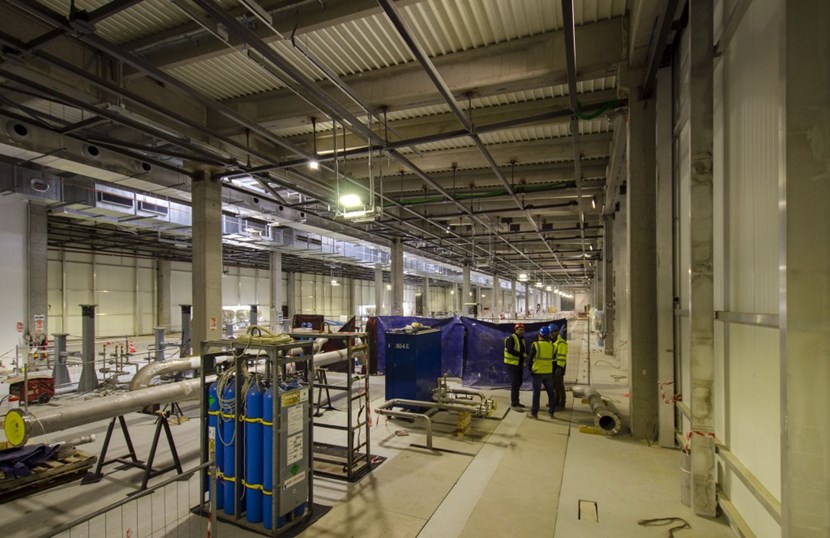 
The equipment that lies in rows inside of the twin 150-metre-long structures (and also outside, in exterior bays) forms the lifeline of the ITER magnets.


In order to generate a stable, non-oscillating magnetic field, the superconducting electromagnets in the ITER machine—all 10,000 tonnes of them—need to be electrically powered by DC current, which is obtained by converting the AC power that comes from the French national grid.


In the twin Magnet Power Conversion buildings, no fewer than 32 AC/DC converter units—comprising a transformer, a converter, a filter and a busbar section—are tasked to bring down the AC voltage from 66kV or 22 kV to approximately 1kV, convert it into DC current, and distribute it to the different clients in the magnetic system—central solenoid, poloidal and toroidal field coils, correction coils, etc. 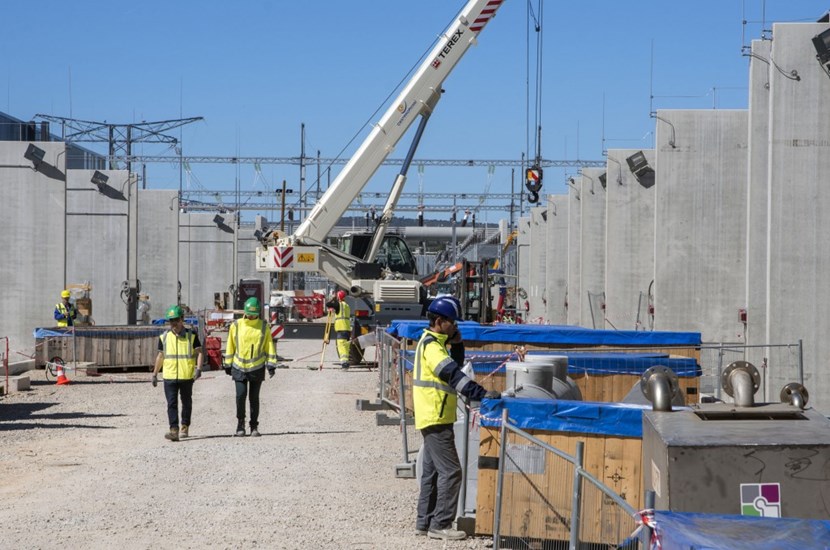 Out of a total of 32 transformers, 30 have already been delivered to ITER from China and Korea. Here, Chinese transformers are being installed in their dedicated bays outside of one of the twin Magnet Power Conversion buildings.
Procurement responsibility for these electrical components is shared by Korea (18 converter units plus one master control system) and China (14 converter units). All units but two, one from Korea, one from China, have been delivered to the ITER site.


Connecting the converter units to the magnets, first through the conversion buildings, then by way of two 50-metre-long bridges to the Tokamak, requires approximately 5 kilometres of massive steel-jacketed actively cooled aluminium "busbars." (A busbar is to ITER what a power cable is to an ordinary appliance: a device that connects an electrical component to a power source). The Russian Domestic Agency is procuring the busbars—some 900 tonnes of material in all—from the Efremov Institute in Saint Petersburg.


A constant flow of pressurized water will be needed in the Magnet Power Conversion buildings to cool all of these densely packed components carrying high DC current. Manufactured in India, an impressive network of pipes runs between the cooling tower basins and the buildings, circulating approximately 80 cubic metres of cooling water through the electrical equipment in each building.


Both buildings should be ready for commissioning in 2020.